Hi, what are you looking for?

She’s a Julie has upset race favorite Point of Honor in the Grade 1 Ogden Phipps at Belmont Park on Saturday.

The talented Ricardo Santana Jr. made a last-ditch effort in the 200 yards, squeezing through Point of Honor and Ollie’s Candy to pip the pair at the post in a riveting finish that went upstairs to the judge’s final call in a photo.

For most of the race, it looked to be all in favour of Point of Honor and Hall of Fame rider Javier Castellano, but Santana said his mount was “feeling good” when he steered She’s a Julie to one last effort.

“I sat in the spot I wanted to. She gave me a nice kick in the end. She ran her race today.”

Castellano acknowledged it was a “tough” being on the wrong side of the photo, but was proud of the effort from Point of Honor, who was exiting a third behind Ce Ce and Ollie’s Candy in the April 18 Apple Blossom (G1) at Oaklawn Park. 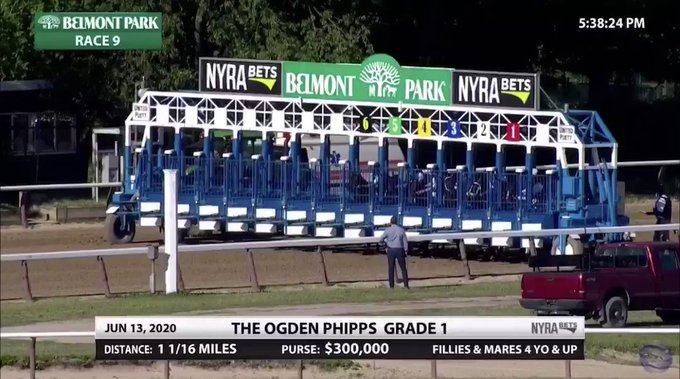 32 people are talking about this

“It was a tough beat. I’m not disappointed at all,” Castellano said.

“She ran her race. I expected a hot pace and she did everything she could. It was a ‘bob’ and these are all competitive horses.

“I let the speed go and sat behind the horses,” Castellano continued.

“You can’t ask for anything more than that.”

As a Breeders’ Cup Challenge “Win & You’re In” race, She’s a Julie will receive an all-expenses-paid trip to the November 7 Breeders’ Cup Distaff at Keeneland.

In this article:Belmont Park, Breeders Cup

The NYRA carnival has been announced with changes to the spring/summer racing schedule; the running of the Belmont Stakes to kick start the Triple...

Californian trainer Bob Baffert has had a horror week with the news of Charlatan, Nadal, and now Arrogate. So what’s next for the stable?

Californian trainer Bob Baffert has had a horror week with the news of Charlatan, Nadal, and now Arrogate. So what's next for the stable?